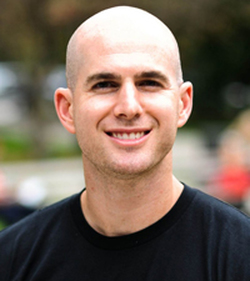 Jonny Imerman is a young adult cancer survivor who founded Imerman Angels, a non-profit organization that connects a cancer fighter (or caregiver) with someone who has fought and survived the same cancer.  Here is the story:

At 26 years old in 2001, Jonny was diagnosed with testicular cancer.  After doctors surgically removed one of his testicles, he did five months of chemotherapy and became cancer-free.  But almost a year later, four tumors popped up again near his spine.  After another surgery, an 11-inch incision, and three months of recovery, Jonny was back in remission.

During his cancer fight, he realized what needed to change in the cancer world.  Despite loving support from family and friends, he was unable to find a cancer survivor like him.  Jonny wondered: “What if every cancer fighter could talk to a cancer survivor, who not only had beaten the same type of cancer, but who also was around the same age and gender as the fighter?”  The cancer survivor would be an angel ⎯ walking, living proof that the fighter could win too.  That amazing connection would provide inspiration, knowledge, and hope.  This is why he created Imerman Angels. 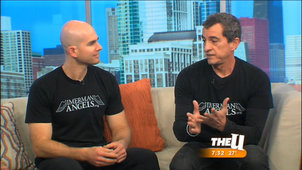 Imerman Angels carefully matches and pairs up a person touched by cancer (a cancer fighter or survivor) with someone who has fought and survived the same type of cancer (a Mentor Angel).  Cancer caregivers (spouses, parents, children and other family and friends of fighters) also receive 1-on-1 connections with other caregivers and survivors. These 1-on-1 relationships inspire hope and offer the chance to ask personal questions and receive support from someone who is uniquely familiar with the experience. The service is absolutely free and helps anyone touched by any type of cancer, at any cancer stage level, at any age, living anywhere in the world.  Today, Imerman Angels has more than 4,000 cancer survivors and more than 1,500 caregivers in its network.

Jonny was born in Saginaw, Michigan, in 1975.  When just a baby, his parents divorced, and he moved to Bloomfield Hills, a suburb of Detroit.  He attended Cranbrook Kingswood School from kindergarten through high school.  After graduation, he moved to Ann Arbor, Michigan, where Jonny earned a bachelor’s degree in psychology from the University of Michigan.  After college, he returned to the Detroit area.  He worked during the day while earning an MBA from Wayne State University at night when he was diagnosed.

Imerman Angels has been a federally registered 501(c)(3) not-for-profit organization since 2006.